Last weekend sure was a busy one, I think every town had something going on. I know a few of the North Iowa Bloggers spent the weekend down in Franklin County for their Bloggers Harvest Tour. If you want to read about their weekend, you can find their posts at the links below.

While they were enjoying Franklin County, I was with my family in Clear Lake enjoying their Harvest Festival. This is an event that I look forward to every year. This year was extra special because it was their 10th Anniversary. To celebrate, they had special bags to put everything in. They also had a fun contest where a few people had specially painted wine glasses. You were to then take the glass to the chamber to get your prize. It was kind of like Charlie and the Chocolate Factory to see if you had the golden ticket… or painted wine glass. 🙂 Sadly, no one is my family got one, but a lady that I work with said someone in her group of friends got one. So cool!

Speaking of cool, I ran into the guy who designed this years logo. His name is Chris Barragy. I actually went to school with him back in the day. He was actually a few years younger than me, but I still knew who he was and have got to know his work through the Mirror Reporter and the Clear Lake High School sports. He is a great photographer! Clear Lake is so lucky to have someone with such great talent and passion for what he does.

Fun fact, The logo on the advertising and the logo on the wine glasses are different. 🙂 Chris Barragy pointed this out to me when I bumped into him at one of the vendors.

Clear Lake Harvest Festival is Saturday only and they have a ton of vendors that you can stop at as well as all the shops are open which is great to support local businesses. What most people come for is the wine drinking. They have multiple stops along the main drag. They had beer and wine down at the Lady of the Lake, so that is where we began our journey.

My brother was excited about this stop because it had some Iowa craft beer. He’s kind of a beer connoisseur. I’m not really a fan of drinking for a few reasons, but I do love walking around my home town with my family. It’s great being able to run into friends from high school. Next May marks my 10 year reunion since graduating from CLHS, so it’s fun to catch up and see where people are at. Yes, we can do that on Facebook and social media, but it’s so much more fun in person. 🙂

Not only did I run into old friends from high school, I also ran into one of my coworkers. I knew she was coming up to Clear Lake with some of her friends, but since there are so many people in town that day, I didn’t think I’d actually see her. Of course, the very first stop we made, I bumped into her and the first thing I noticed was her awesome t-shirt. Someone in her group had them made, so they could pick each other out in the crowd. I guess last year, my co-worker got lost from the group and it took them awhile for everyone to find each other. This was such a great idea, I may have to use it for next year.

After we left the Lady of the Lake, we went to the next stop which was the Clear Lake Yacht Club. This building is fairly new as they did a lot of renovations a few years ago. I have live in Clear Lake my whole life and have never stepped foot inside that building. It was so much fun getting to see it. What I loved the most about it was it’s simplicity and the smell. Ah, it smelled so good.

My first purchase of the day was some doggy treats. Okay, I didn’t buy them, my dad did. 🙂 Just the day before, I got a puppy!! 🙂 I will share more about him in another post. I had never seen these biscuits before, but I’m all for natural, homemade and supporting local companies. when I bought them I had no idea they were from Clear Lake and I’m pretty sure I went to High School with a son of one of the owner’s. She wasn’t there at the booth, but I did recognize her name. 🙂  Small world! And the verdict it, my puppy, Patches, LOVES these Best in Show Biscuits! 🙂

Of course, my cousin and I got distracted by cupcakes and other yummy goodness. 🙂 I had the peanut butter cake. It was white cake with peanut butter frosting…. okay, you NEVER find that combo! I was in heaven. My cousin had the pumpkin cupcake and she said it was delicious! We were also lured into the Mennonite booth because we all know, they make the best sweets, treats and breads. 🙂 I ended up buying Spenser a mini raspberry pie. His favorite!!

Over all, it was a great day in Clear Lake with my family. I wouldn’t have traded that day for anything else. I love being a tourist in my home town. 🙂

Click Here for more events in the Clear Lake area. 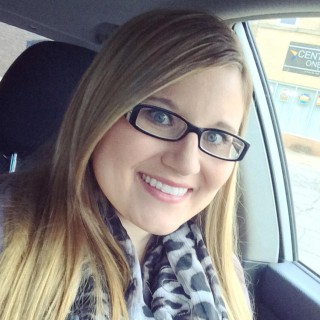 I am an aspiring foodie who loves life and have a natural curiosity for technology, I enjoy using my creative talents to help others express how they feel. I’ve developed an appreciation for rural living, soaking in sunsets and capturing nature’s best on camera. Contact me today at modernruralliving@gmail.com